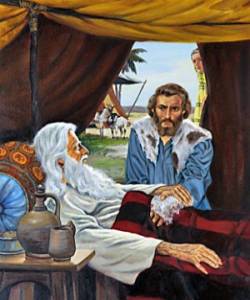 15 Rebekah took the good clothes of Esau, her elder son, which were with her in the house, and put them on Jacob, her younger son. 16 She put the skins of the young goats on his hands, and on the smooth of his neck. ..22 Jacob went near to Isaac his father. He felt him, and said, “The voice is Jacob’s voice, but the hands are the hands of Esau.” 23 He didn’t recognize him, because his hands were hairy, like his brother, Esau’s hands. So he blessed him. Genesis 27 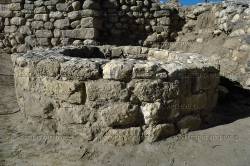