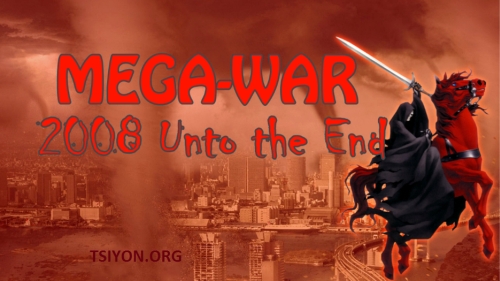 The Red Horse Rider of Revelation is given a “great sword.” This must be some new kind of weapon reserved for use in the end-days. Since 2008 an unprecedented kind of weapon has come to maturity – I’m talking about, environmental warfare technology. This final program on the Red Horse Rider brings you up to the present on how this terrifying weapon is actually being used, and what this means for the Remnant.

This report was published by the USA Defense Department and is entitled “ANNUAL REPORT TO CONGRESS The Military Power of the People’s Republic of China 2005.” While the report attempts to present the information in a calm and reassuring way the facts presented in the report are alarming. They present a picture of a China that is sky-rocketing in both economic growth and military power. The report reveals China’s military to be over 13,000,000 in total, by far the largest army in the world. China is also reported to have a global nuclear reach with a military buildup and modernization presently underway of gigantic proportions. This buildup must be fueled from the world’s oil supply with China now just behind the USA as the world leader in oil consumption. The report tells us that China now imports more than 40% of its oil and that number is quickly increasing toward 80%, putting China on a collision course with its principle rival, the United States, in the competition for the world’s ever-shrinking supply of oil. All of these facts shed light on how Biblical prophecy is being fulfilled and will come to pass through the remainder of this final generation at the end of the age.