Joseph was brought down to Egypt. Potiphar, an officer of Pharaoh’s, the captain of the guard, an Egyptian, bought him from the hand of the Ishmaelites that had brought him down there. ..His master saw that YHWH was with him, and that YHWH made all that he did prosper in his hand. Joseph found favor in his sight. He ministered to [Potiphar], and he made him overseer over his house, and all that he had he put into his hand. Gen 39:1-4 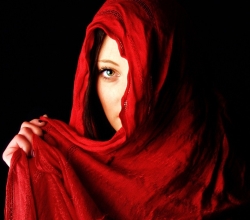 “Tamar took off of her the garments of her widowhood, and covered herself with her veil, and wrapped herself, and sat in the gate of Enaim ..When Judah saw her, he thought that she was a prostitute, for she had covered her face.”
Genesis 38:14-16