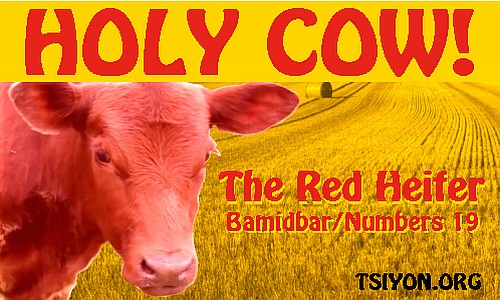 “Tell the sons of Israel to bring you a red heifer without spot, in which is no defect, and which was never yoked.”
Bamidbar/Numbers 19

Hear a free sample below or register as a member for more. 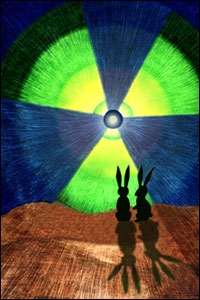 Created by Brandon Alms, this artwork was a winning entry in the Desert Space Foundation‘s contest to design a universal warning sign for a radioactive repository planned for Yucca Mountain.

And when he had opened the fourth seal, I heard the voice of the fourth living creature say, “Come!” I looked, and behold, a pale horse. The name of him sitting on it was Death, and Hell followed with him. Authority was given to them over the fourth part of the earth, to kill with the sword and with hunger and with death and by the beasts of the earth.Revelation 6:7-8

The pale horse rider named Death, and his companion, Hell, have been given authority over a fourth of the earth – namely, over the Islamic enemy nations of Israel.Soon the pale horse will be carrying atomic catastrophe to those nations. Likely recipients at the top of the prophetic list include Iran, Syria with its capital city, Damascus, and Lebanon.How might that destruction happen?Consider the world situation with us, along with possible scenarios regarding how the prophecies of atomic destruction on the enemies of Israel are likely to soon be fulfilled.

Join with us in prayer that the righteous will be delivered.