Welcome! This evening Passover will have arrived, and I want to invite you to join us for this 2021 Passover memorial. Passover, as you know, is a time when . . . read more in this Tsiyon News 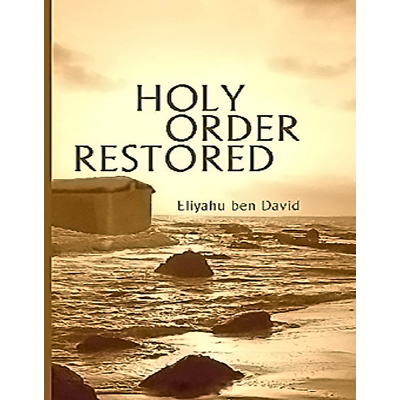 Fred McAdams is no stranger to Tsiyon. He joined our Talmidim program, back around 2007. He finished it too, an accomplishment for which he can be proud. Now, the student becomes a teacher, here at Tsiyon. That is not to say Fred hasn’t done a good bit of teaching elsewhere. Like many of us, Fred started in the Christian world, and he gave it his all. As he progressed he was often recognized as a gifted teacher, and was used in that capacity to teach at Church. Alas, that was destined to come to an end, after Fred got a grasp of the truth we teach here at Tsiyon. This level of truth disturbs people. Generally speaking, the church system doesn’t want this truth spoken in church, under the general category of “don’t rock the boat.” That didn’t work for Fred, even though he is such a warm and friendly guy. Fred is a lover of truth, so like Peter / Kefa and John / Yochanan, Fred’s response had to be, ‘I cannot stop speaking about the things I’ve seen and heard.’ So Fred, not wanting to be rebelliously teaching things the church didn’t yet accept, felt he needed to back away from teaching there . (Acts 4:20) Fred continues to love Christians, and he continues to want to share with them the truth that he has learned – a truth that he says is “Hidden in Plain Sight.” He intends to make that truth even plainer for all who will listen, which is why YHWH has opened a door for Fred to teach on Tsiyon Road. We couldn’t be happier about that here. Nobody teaches with greater persuasion than someone who really cares – and Fred does. Just listen. Get your relatives and friends to listen. You and they will not only be persuaded by the truth, but also by the caring heart of this man who has himself been persuaded by the truth, and who loves his fellow-man enough to share that truth with them. Here is what Fred sent to us that made us know he is ready: